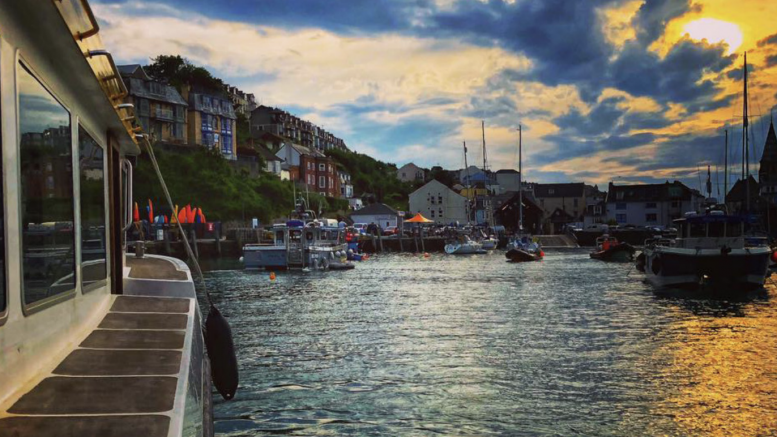 Ilfracombe is at the centre of a multi-million pound bid for Government ‘levelling up’ funding. North Devon Council is making a bid for a share of funding that helps areas invest in infrastructure improvements and regeneration of deprived town centres, despite the district being placed in the lowest priority category to receive the fund.

The £4.8 billion Levelling Up fund is a joint initiative between HM Treasury, Department for Transport and the Department for Housing, Communities and Local Government and will be delivered through three annual ‘rounds’.

The fund has been designed to help provide investment for areas where it will make the biggest difference, including “deprived towns and coastal communities”. The council was disappointed at Chancellor Rishi Sunak’s announcement that North Devon had been placed in the lowest priority category for funding.

Despite this, a decision was taken by the council to pursue a funding bid. The council, MP Selaine Saxby and other key partners have put Ilfracombe at the heart of the bid due to the high levels of deprivation in the town and reliance on a seasonal low-wage economy.

The council says the district’s second largest town would benefit because its ageing infrastructure has lacked investment to upgrade or improve but a lot of existing work in prioritising needs, preparing project concepts and engagement with business, residents and stakeholders has already taken place.

Lead Member for Economic Development and Regeneration, Councillor Malcolm Prowse says: “Ilfracombe is a wonderful town but it relies heavily on seasonal tourism, and there is a lot of deprivation in the town. A huge amount of work has gone into planning improvements for Ilfracombe, however we need funding and resources to make a real difference and turn the plans into reality. We wait with baited breath for the outcome of our bid later this year.”

The council is requesting £6.9m funding for the following proposed improvements: *The Seafront Masterplan to deliver sea defences, improved public realm, wayfinding scheme, equipped play and upgrade to existing recreational facilities, kiosks offering the opportunity for flexible and pop-up trading spaces, Capstone Hill walk improvements and viewing platform upgrades
*Refurbishments within the Landmark Theatre and input of new technical equipment to allow a greater range of performances to take place. Developing the facility for an evening food and drink offer at the Landmark

The Government will make announcements on successful bids in the autumn.