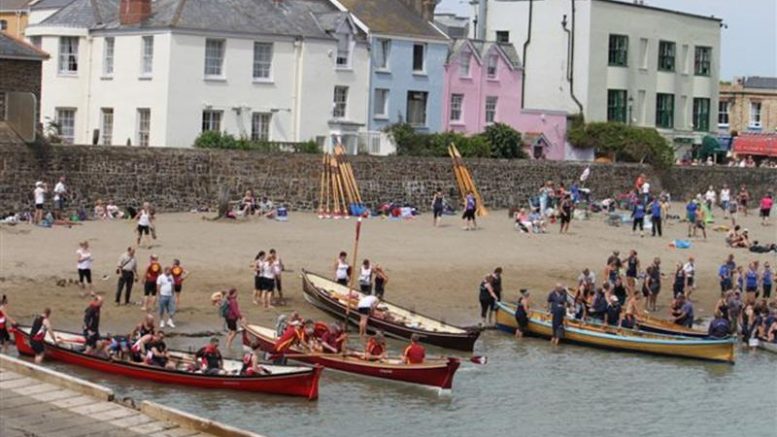 Ilfracombe Pilot Gig Club was formed in Autumn 2007 and is based at Ilfracombe Yacht Club.

During the summer they train Monday to Thursday and on Sundays.

In the winter training takes place at the weekends. The club has a mix of rowers that allows them to enter Youth, Mens, Ladies, Vets and Super Vets teams in a number of regattas each year.

As well as the competitive rowers there are a number of members who social row during the week and weekends. The aim of the club is to appeal to all ability and ages.

Be the first to comment on "Ilfracombe Gig Regatta"