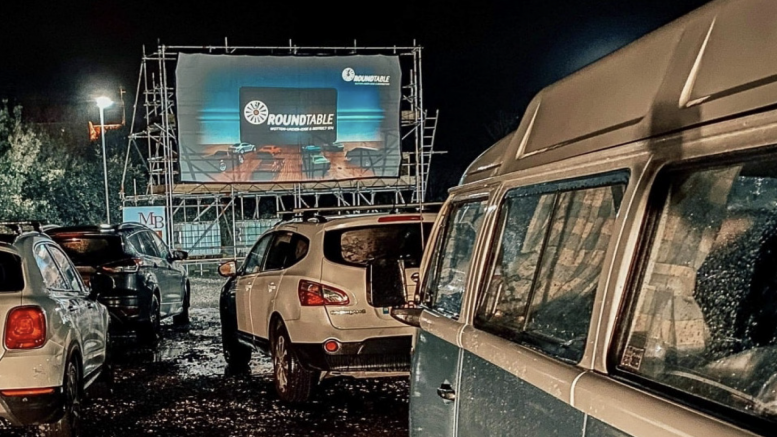 A drive-in cinema that was the brainchild of a local charity has raised thousands of pounds for local worthy causes. Ilfracombe Round Table came up with the idea for car-based film screenings after their flagship event, Birdman, was unable to take place in 2020 due to the pandemic. The idea proved so successful that after dozens of screenings at venues across North Devon, Ilfracombe Round Table has raised more than £13,000 for charity. As well as an initial series of films at Ilfracombe Rugby Club, the group of volunteers hosted themed events for Halloween at the spooky Seafield House in Westward Ho! as well as festive Christmas screenings at Portmore Golf Club in Barnstaple. On top of this, the charity also offers its equipment and expertise on a hire basis to other groups across the UK, with all proceeds going to worthy causes in and around Ilfracombe. While the group has already donated some of the funds, the group is always looking

for good causes in need of help. If you fit this bill, then please get in touch on ilfracombebirdman@hotmail.com. Round Table is also always interested to hear from young men aged between 18 and 45 who want to have fun and make their community a better place. For more information search Ilfracombe Round Table on Facebook.