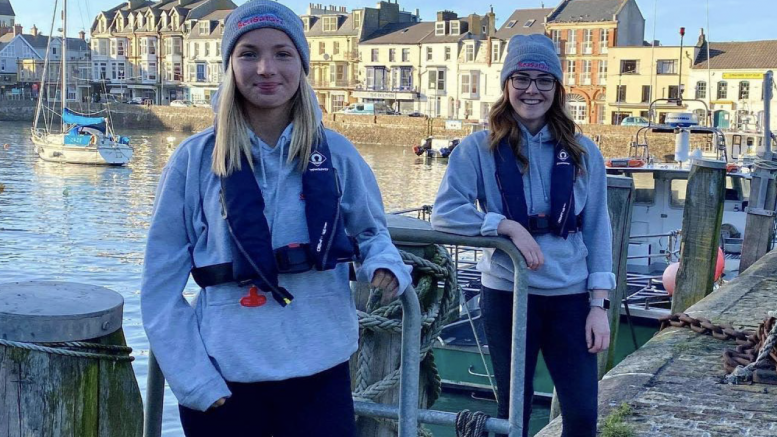 Two young female skippers in Ilfracombe say they are proud to be working in their dream jobs in a male-dominated industry. Sophie Braund, 20, has worked with Ilfracombe Sea Safari for six years and Amie Hannah, 17, for two years. The pair, former students of Ilfracombe Academy, have encouraged others to follow in their footsteps. Sophie passed her training last August, meaning she can now take 12 passengers out to sea to discover the seals, dolphins and scenery. Sophie, whose family say she has saltwater in her blood, said: “I grew up in the harbour as my grandad owns a boat here. I was out with him one day when Paul Hutchings, the owner of Ilfracombe Sea Safari, phoned saying he needed extra crew and asked if I could join. I did a day and never looked back.”

She said that when she joined, she was the first female working in the harbour. “Nobody here ever expected me to be operating my own boats, especially with the long days we have. They thought I’d never be able to hack it. I’ve proved them wrong, and it’s been a fantastic experience, being able to see wildlife and stunning sunsets every day.”

Amie is currently in the process of getting her skippers license involving powerboat courses, learning first aid, a sea survival course and logging up to 200 hours at sea both during day and night time. I always enjoyed the sea and coming down to the harbour,” she said. “I then joined the gig club here, and I’ve been with him for five years. Working here at the harbour, we find we’re the only two females who go out to sea. Normally, the female roles have been on land and in the ticket office. With Sophie gaining her license, we can now take an all-girls crew out.” Paul Hutchings, Sea Safari owner, said: “I think we’re the only company that have female skippers, and we take pride in pushing the youngsters. It’s nice to see their success. We’re always trying to expand, so it’s important to include women in that.”