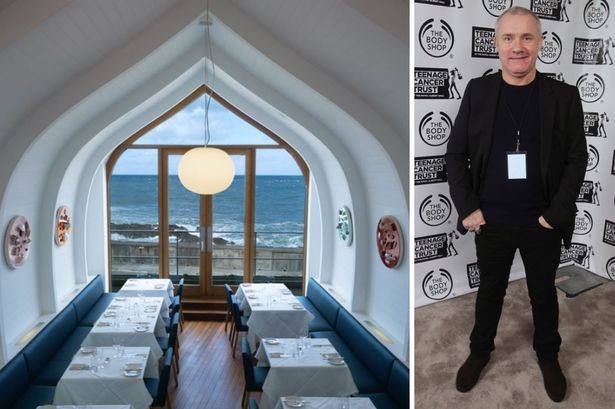 A Michelin inspector recently Tweeted about FOUR amazing restaurants in this one, small town

When a world-renowned authority on fine food raves about not one, not two, but FOUR restaurants in a single town, you know something special is going on.

And that is exactly what has happened in the Devon coastal resort of Ilfracombe.

Culinary curators Michelin recently sent an inspector to the town to review several eateries – and he obviously liked them a lot!

He even compared the town to Padstow – made famous by celebrity chef Rick Stein – and said Ilfracombe looked set to give the Cornish town “a run for its money”.

But how did this small, seaside resort – which enjoyed its tourism heyday in the Victorian era – get such an amazing reputation in the foodie world?

There are several important factors that have contributed to its recent success – one of which is undoubtedly the involvement of world-renowned artist Damien Hirst.

by the town’s harbour, one of the four restaurants visited by the Michelin inspector recently. 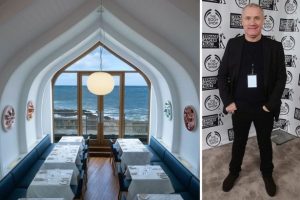 However, to say the town’s current culinary conquest is all down to him would be disingenuous and unfair to the other talented local chefs who have spent years slaving over hot stoves to make their mark.

One of the restaurants visited by the Michelin inspector was The Antidote on St James’ Place – a relative newcomer to the town’s food scene but operated by one of its longstanding champions. 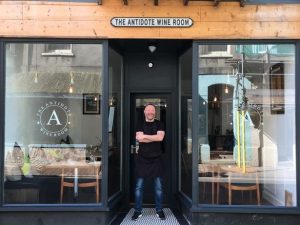 The Antidote on St James’ Place

Head chef Paul Becouarn moved to Ilfracombe 15 years ago to start his own restaurant – the highly revered La Gendarmerie on Fore Street which featured in the Michelin guide for many years.

However, Paul and his family recently closed La Gendarmerie to “consolidate” their efforts into the cosier Antidote – which also offers accommodation – just down the road.

Speaking about why he originally chose Ilfracombe to set up his first restaurant, Paul said: “As a boy I used to love coming to the seaside.

“We’d looked at a lot of places that were out of our price bracket and then we found Ilfracombe – I’d never heard of it before.

“We came down for a look and found this amazing building which was the old police station and decided to take the jump. We went for a walk down the harbour and I thought wow, what an incredible place.

“Strangely, as we were leaving, a gentleman told us that Damien Hirst was opening a restaurant around the corner. At the time in London he was massive and regularly in all the papers.

“It seemed strange that someone we were so familiar with had obviously had the same idea, so the stars aligned for us on that one.”

Having successfully run one of the town’s most well-respected restaurants since 2003, Paul said he believes Ilfracombe is just discovering it has something very special going on.

He said: “The town has always punched above its weight in terms of restaurants. We’ve got everything here – we’ve got the harbour, we’ve got the lovely streets like Fore Street – I mean wow, how many good restaurants are on that street.

“For a time we struggled to get to that next level – but then, all of a sudden, we’ve got Thomas Carr with his Michelin star which has been absolutely fantastic. 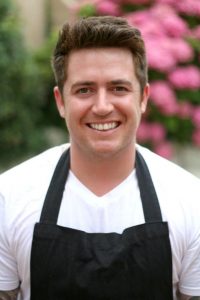 “We’ve been in the Michelin guide for many years and it’s a really hard achievement to make that next jump (to a Michelin star) – so that has taken the town to another level as a foodie destination.

“I always say to my wife that competition is not bad – if you see a better place than your own opening it makes you raise your game, and I think that’s exactly what’s happening here. We’re all getting better and ultimately that’s good for the customers and good for the town.”

As Paul mentioned, another huge catalyst for the town’s current culinary credentials has been the prominence of the Michelin-starred chef Thomas Carr who now runs two restaurants in the town.

After opening Thomas Carr @ The Olive Room on Fore Street in 2015, the restaurant received the town’s very first Michelin star a year later in 2016.

Thomas, who trained under Nathan Outlaw in Cornwall and worked with Michael Caines at the Coach House in Kentisbury, then crowd-funded the start up capital for his second restaurant – The Seafood and Grill on the High Street – which opened earlier this year.

As a local lad who grew up in Woolacombe and went to school in Ilfracombe, Thomas believes the town had a great reputation for food long before he opened his restaurant.

He said: “It’s got a huge variety of food on offer. If you’re on holiday here you could eat a completely different type of food every night throughout the week.

“Whatever you’re looking for is here – that’s why I thought it would be the ideal place for me.

“It’s the harbour, the overall feel of the place. Fore Street, where a lot of the restaurants are based, is such a nice old street with a lovely heritage feel.”

Described by Michelin as a “seafood supremo”, Thomas believes the town’s fishing heritage and harbour are hugely important to Ilfracombe.

He said: “We get our crab and lobster from people who are based literally a few metres away from the restaurant.

“Quite often they are delivered to us while customers are in and there’s always great excitement to see live seafood being delivered.

“You’ve also got the countryside and Exmoor just on your doorstep and there are so many good ingredients available locally.”

Thomas also drew the comparison between Padstow and Ilfracombe and says it’s “fantastic to be compared to a famous place like that”.

He also has more ideas about how to expand his growing food empire in the town.

He said: “I look at what Rick Stein has done for Padstow and I want to replicate that here.

“I would love to open a cafe actually on the sea front selling fresh shellfish snacks and puddings, that would be amazing.

“I’d also really like to have a deli in the town, I think there’s definitely room in the market for that.

“Ilfracombe is really up and coming.”

No one from Damien Hirst’s The Quay restaurant was available for comment.